For the last four weeks, asylum seekers have regularly met with human rights activists from Freedom not Frontex Vienna in order to call attention to their situation and their observations; these observations are documented by photos and videos. The asylum seekers have expressed the wish to make their difficult situation in the camp visible to the public so that improvements and more human living conditions will be implemented soon.

This short report is an excerpt of a longer documentation based on conversations with 60 persons. A group of Dari speakers (mostly from Afghanistan and Pakistan) of about 35 people and a mostly Arabic speaking group (mainly from Iraq and Syria, some African nationalities, some from Maghreb) of about 25 persons participated in these talks. Freedom not Frontex Vienna is in possession of details and photos supporting the statements of the refugees.

„What is our right?“

In this way, a female refugee from Iraq summarizes a core question of asylum seekers in Traiskirchen.For many refugees, their own legal situation and their rights are not clear. This includes existentially important information and dates of interviews, decisions, knowledge about one’s own deportation as well as the legal possibility to use the short appeal period.

„We do not know where to get information. We are sent from house 11 to house 17 to house 25 and back again. Nowhere, we get explanations and nowhere are translators.“

Especially the lack of translation makes it difficult to achieve clarity about one’s own situation:

„Whether one indicates one’s date of birth or not, it is usually not translated and indicated as January, 1st“

When an asylum seeker indicates her/his date of birth correctly in further interviews, the officials accuse her/him of making a statement in contradiction to the first interview or the documents. Due to lack of credibility, asylum can be rejected.

With regard to information about their own legal situation more than 20 asylum seekers criticize:

„Up to now, nobody has received letters or information in another language than German.“

Everyday questions and requests are nearly never understood or answered by the staff of the camp as there are no translators for these issues. There is no written information on infrastructure and resources for everyday needs, even less in different languages.

„The staff in the camp Traiskirchen cannot or does not want to understand us at all.“

Due to lack of communication possibilities, refugees do not have access to the many donations in kind delivered to Traiskirchen, as the staff of the camp cannot or does not want to inform them on how to get what they urgently need.

The staff of the camp is frequently treating refugees disrespectfully and executes arbitrary punishments.

„While food was given out, a staff member of the camp thumped the table and provoked a fight with me.“

The next time, food was given out, the father of a family only received food for himself, but not for his children, in spite of the fact that he showed their identity cards. Frequently, the refugees do not only miss help for everyday needs but also in emergency situations support is denied:

„I suffer from cancer. When I came back from the hospital, a staff member of the camp told me that he certainly will not call the ambulance for me. As this costs the camp management 1000 € and this money is not available.“

There are at least four wheelchair users in Traiskirchen. They are in an especially precarious situation as the rooms, toilets and bathrooms in the camp are neither handicapped accessible nor equipped in a suitable way for wheelchair users.

„They told me that it is too expensive to keep me in a hospital. They promised me good conditions and the possibility to complete my therapy. I came here, and there is no medical care at all! The sessions stopped and my health is getting worse dramatically. I asked a doctor in Traiskirchen camp for help, but she said that they don ́t have therapies here. It ́s a very depressing daily life – I can ́t go to a toilet or bathroom as they are not made for persons with disabilities, further no one gives me regular assistance.“

Medical care is only available between 8 am and 4 pm; during nights, no medical doctors are in the camp. Waiting time is up to five to six hours and more than 100 persons are standing in queue. According to the refugees, people are nearly never examined: no anamnesis, no medical diagnosis, no auscultation, no taking of temperature. Frequently, patients are sent away with the words, “come back tomorrow”, or “this will get better by itself”. Patients needing medication frequently only get two or three pills, even when they need them more frequently or regularly. Above all, sufficient medical care for children, chronically ill persons and emergencies is lacking according to our interviews.

„For weeks now I get medication in a wrong dose!“

And this in spite of the fact that the person concerned pointed out this fatal error to medical doctors and translators for weeks, but he was ignored.

One refugee worriedly confirms that he does not feel taken seriously by the medical doctors in the camp:

„For more than one month now, I cannot breathe properly, especially during nights, and I have regularly a very sore throat. A doctor tells me every day that I should drink water or tea and come back tomorrow.“

Protection for women and children

„There are no doors in the showers for women – they would be urgently needed. When there are no women in the shower, the men also use these showers. There are mobile toilets outside, all are extremely dirty and without toilet paper.“

Many mothers and children have been accommodated for several months separated from the fathers, partly outside. Above all, transfers tear apart families time and again. Many refugees had two to four transfers within a few months.

Many refugees in the camp are unsheltered or accommodated in a completely unsuitable way. This leads to serious psychic problems and re-enforces traumatic experiences in the country of origin and during the flight. Refugees also report that access to the camp is arbitrarily denied so that they are in the streets without lodging, food and medical care. A person seriously injured recently reports:

„My wound should urgently be inspected by the doctor in the camp, but I do not have access there as I once came too late to an appointment.“

The statement of two young refugees in Traiskirchen shows how the situation in the camp is perceived of:

„Here, in Traiskirchen, it is like in an open prison. We are condemned to inactivity and cannot change this situation. Neither can we change the fact that our families are trapped under the hail of bombs – and this is the worst for us. The situation in Traiskirchen causes internal unrest and psychic problems.“

„Two suicides and two attempted suicides took place during the last months in the camp Traiskirchen.“

In order for these incidents not to be released to the public, the room-mates of the suicide victims were transferred to other accommodations immediately, report refugees from the camp. So that these incidents stay „top secret„, in the words of the refugees.

For months now, the camp in Traiskirchen has been led with open eyes into a humanitarian catastrophe. This is not the consequence of disinterested politics but a form of conscious racist politics exploiting refugees for populist aims and pretending to the population that „refugee flows“ cannot be coped with.

The increasing mobilization of ever larger parts of the public and the humanitarian engagement of many show that these expectations are not fulfilled. Still, it is important to point out time and again that it is the task of the state to provide for refugees and that this task cannot and should not be taken over by civil society.

Let’s demand together the end of racist exclusion politics! 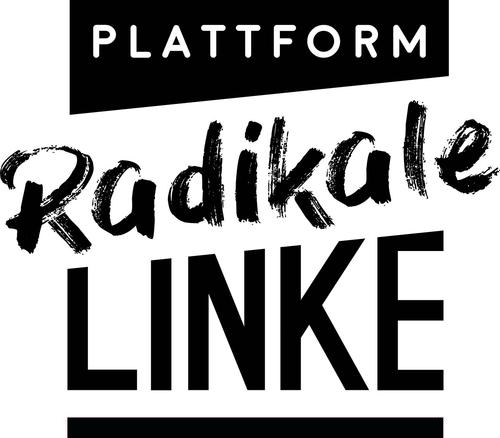 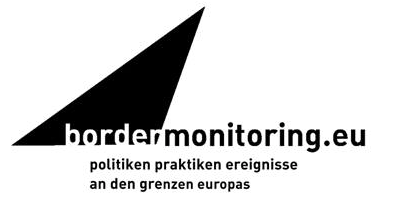